Are you an “evolutionary”?

Carter Phipps has performed the valuable and long overdue task of building robust foundations for an expanded concept of evolution that takes it out of the clutches of narrow Darwinian, biological and scientific perspectives and explores the full cultural, psychological and spiritual dimensions of the idea. Although the notion of evolution of consciousness isn’t entirely new, I am surprised at how many (well-educated) people still think of evolution as primarily a biological process (mainly of the past) and don’t realise that today evolution on our planet is primarily taking place in terms of human consciousness and culture. We are also at a cusp or critical moment in history, with mankind becoming conscious of the process and of the part played by human choice in the future of not just our species but the evolutionary process in this corner of the universe.

This makes Carter Phipps book very timely and pertinent to the critical global challenges facing mankind which will not just demand all of our creativity and ingenuity but a conscious engagement in the evolution of consciousness and culture in a myriad of ways, on a multitude of levels. However, my personal cause for gratitude with this book is that I feel recognised by Phipps’ terming of ‘evolutionary’, and can identify with so much of his exposition of the evolutionary worldview. For example, his validation of the knowledge generalist and the need to for inter-disciplinary and multi-perspectival answers to complex problems. Many of my views, values, deep intuitions and partially articulated ideas are given a clear and eloquent voice here, and in the process I feel strengthen in my own sense of purpose and passion.

Although I was already familiar with many of the ideas and people that Phipps weaves together in his engaging narrative (most specifically Wilber and Spiral Dynamics), he has done something here which Wilber hasn’t quite managed or attempted in his own writing, which I think will also be more accessible to a wider audience. For example, I prefer ‘evolutionary worldview’ to ‘integral worldview’ as an all encompassing high level perspective, even though in practice they are largely interchangeable. Obviously Wilber has written about a great many more things and in greater analytical depth, and Phipps is more than ready to signpost this. Coming back to the central achievements of this book, I also like the way in which Phipps draws together so many disparate strands and the works of many great thinkers in a seamless narrative that always seems to stay relevant and personal. He shows how the story of people’s lives influence their work and touches on the underlying connections taking place. He might be criticised for being too kind and uncritical of some of the thinkers he showcases, but his positive and generous approach seems to work as a whole in the confines of this book. I did wonder why he doesn’t mention any of the controversies surrounding Andrew Cohen or touch on some of the potential downsides of such guru-teacher models. At least with Wilber he mentions that Wilber’s work has provoked much controversy and briefly explores why. However, this book doesn’t present itself as a deep critique of the work referenced, and there are plenty of other places to go look for more critical views of some of these people and their work.

Yes, there are biases (e.g. his US centricity in addressing the reader), gaps and strange omissions, but he is painting on such a large canvas that there will of course be different views about how he might have gone about it. It is more important that he has attempted such a task that will help give shape and energy to the evolutionary worldview. Perhaps most importantly, he speaks in a language that many people centred in the relativistic/post-modern worldview will be able to understand and does a good job at showing the limits of their non-hierarchical and non-discriminating perspective. He has clearly drawn upon his own experience of meeting people along his own knowledge journey as a as an editor of WIE magazine. I found the book always readable (although the second section on science the hardest to wade through), and I would advise any reader to stay the course.

My primary criticism is that Phipps fails to provide anything more than a superficial exposition of what consciousness is and how it might be evolving. He talks about the realm of interior individual as well as inter-subjective consciousness (worldviews, cultures, etc), without really giving the reader enough to build a dynamic understanding upon. So, for example, he briefly outlines Wilber’s All Quadrant All Level (AQAL) model, but doesn’t then illustrate what the lines or levels of development look like in the different quadrants. One simple model of consciousness might show how it spans across different levels such as body, feelings, mind, spirit, etc, and how each level is nested in the foundations of the one below. Such an understanding is critical to realising how consciousness has evolved and continues to evolve. Human consciousness is founded on embodiment in the physical plane, in the same way life on this planet emerged out of the primordial but very physical soup. Without this basic understanding it is then easy to fall for trans-humanistic fallacies of equating mind and information, consciousness and bits of data. A computer (however much cleverer than people it may become) isn’t conscious because it doesn’t have feelings, and it doesn’t have feelings because it doesn’t have a body, or isn’t embodied in the corporeal plane. That isn’t to say that cybernetics and enhancing life with technology isn’t possible and than a new conception of super-humanity may emerge in the future. Phipps does suggest problems with the transhumanist conflations, but doesn’t explain the problems, which would have been quite easy to do. He also fails to expand the notion of lines of development that inter-lace with these levels of consciousness, e.g. cognitive, emotional, moral, spiritual, social, etc, which are critical to understanding how individuals evolve and develop over their lifetimes. He does explain worldviews and stages of adult development (using the Gravsian model) and briefly touches on the notion of sub-personalities (albeit without any reference to Roberto Assagioli) and how these can explain different levels of development in different lines, but it would be good to have seen all of these dimensions of individual development and evolution brought together.

Although there is a sort of call to action in the final chapters, and many critical challenges noted along the way (e.g. the need to develop global structures of governance capable of dealing with global crises we are facing), I am left feeling a lack of urgency about where we need to go with all this. Phipps says that the emergence of an evolutionary worldview may take decades or centuries to have beneficial effects on society in the same way the benefits of the European Enlightenment took time to filter through to people’s lives. This is where the paradox lies – given the speeding up of change (20 years of change at today’s rate is equal to the whole of the last century he tell us), I am not sure we have that amount of time. We may need to find ways of speeding up evolution in all its human dimensions if the evolutionary future that is unfolding in our corner of the cosmos is to be a good one. Yes, evolutionaries are optimistic, but at the same time, nothing is guaranteed. And so I suppose this is for all of us to take forward in our own ways. As Carter Phipps suggests, he has helped open up a space that will need to be filled with other books, yet to be written. 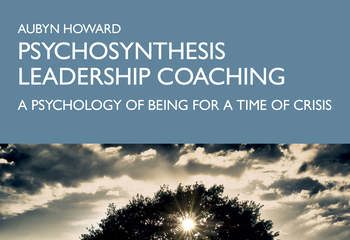